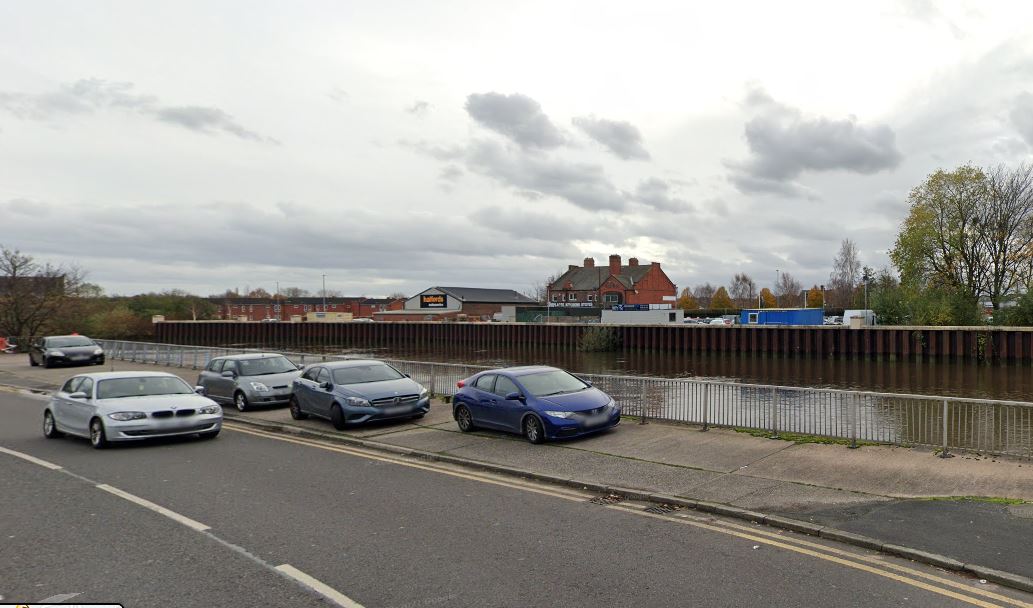 Benjamin Bridgeman, the teenager who was filmed kicking an elderly man into the River Mersey in April, has today been jailed.

The incident happened at the back of the Riverside Retail Park in Warrington on Sunday, April 25th, with the seventy-four-year-old victim Gordon Bradbury saying he had ‘just wanted to go fishing on a sunny day.’

However, as he stood facing the river, he was approached from behind by two teenagers, one of whom kicked him forcefully into the river as his friends filmed and laughed.

Gordon was thankfully rescued by two teenage girls, Chloe Woods and Ellie Hughes, who happened to be walking past the river when they heard someone shout for help.

Describing the incident, Chloe told ITV News: “We were walking past and we heard these people going, ‘help, there’s a man there’, so me and Ellie quickly saw him and just dropped our stuff and went and quickly helped him and pulled him out of the river.”

In the days following the attack, a then-eighteen year old Benjamin Bridgeman and a sixteen year old boy – who cannot be named for legal reasons – were arrested and charged for the attack, Cheshire Police confirmed.

And today, Bridgeman, now nineteen, has been jailed for ten weeks.

Bridgeman appeared at Warrington Magistrates’ Court to be sentenced this afternoon, Thursday, after pleading guilty to a charge of assault by beating at an earlier hearing.

The sixteen-year-old boy who filmed the attack on his mobile phone and uploaded the footage on Snapchat walked free from court last week after admitting a joint enterprise assault – despite being told he was lucky not to be facing a manslaughter charge, he was handed a 12-month youth referral order.

Going to the pub while off work sick isn’t a sackable offence, a judge has ruled 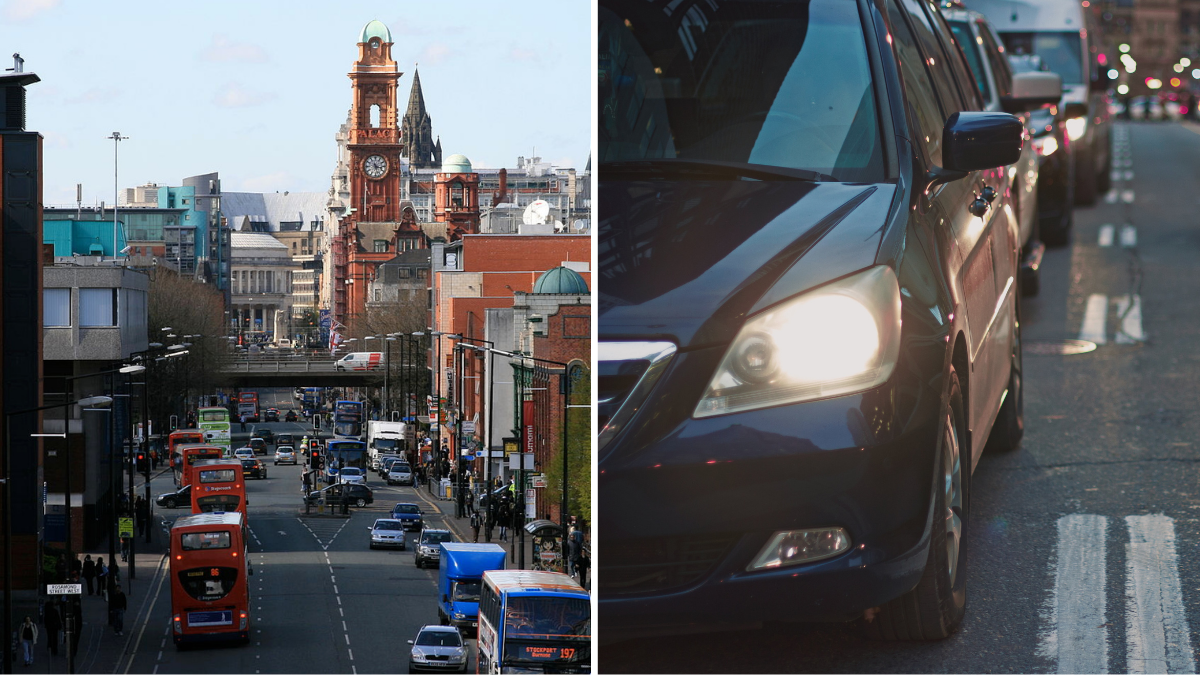 Greater Manchester will be pushing ahead with it’s Clean Air Zone scheme which will see highly-polluting vehicles face extra costs to drive across the county.

Vans, buses, coaches, taxis, private-hire vehicles and lorries that fail to meet emission standards will be the ones affected by the scheme, as per The BBC.

Heavy goods vehicles, buses and coaches will need to pay £60 a day to drive within the zone, with vans paying £10 and taxi and private hire vehicles paying £7.50. Failure to pay the charge will also result in a £120 fine plus the daily charge.

Private vehicles will not fall within the Clean Air Zone, which will cover all 493 square miles of Greater Manchester, making it the largest in the UK.

‘Tackling pollution cannot be ignored any more,’ Greater Manchester mayor Andy Burnham said on air pollution levels in across the region, which contribute to around 1,200 deaths every year.

He said: “Coming out of the pandemic, I think we’ve got to get a lot more serious about people’s health and health inequalities that we have in this city region and across the country.”

“We just shouldn’t accept any more things that harm the health of our residents.

“It’s a fact that it’s the poorest kids in the poorest communities that have to breathe in the most polluted air.” 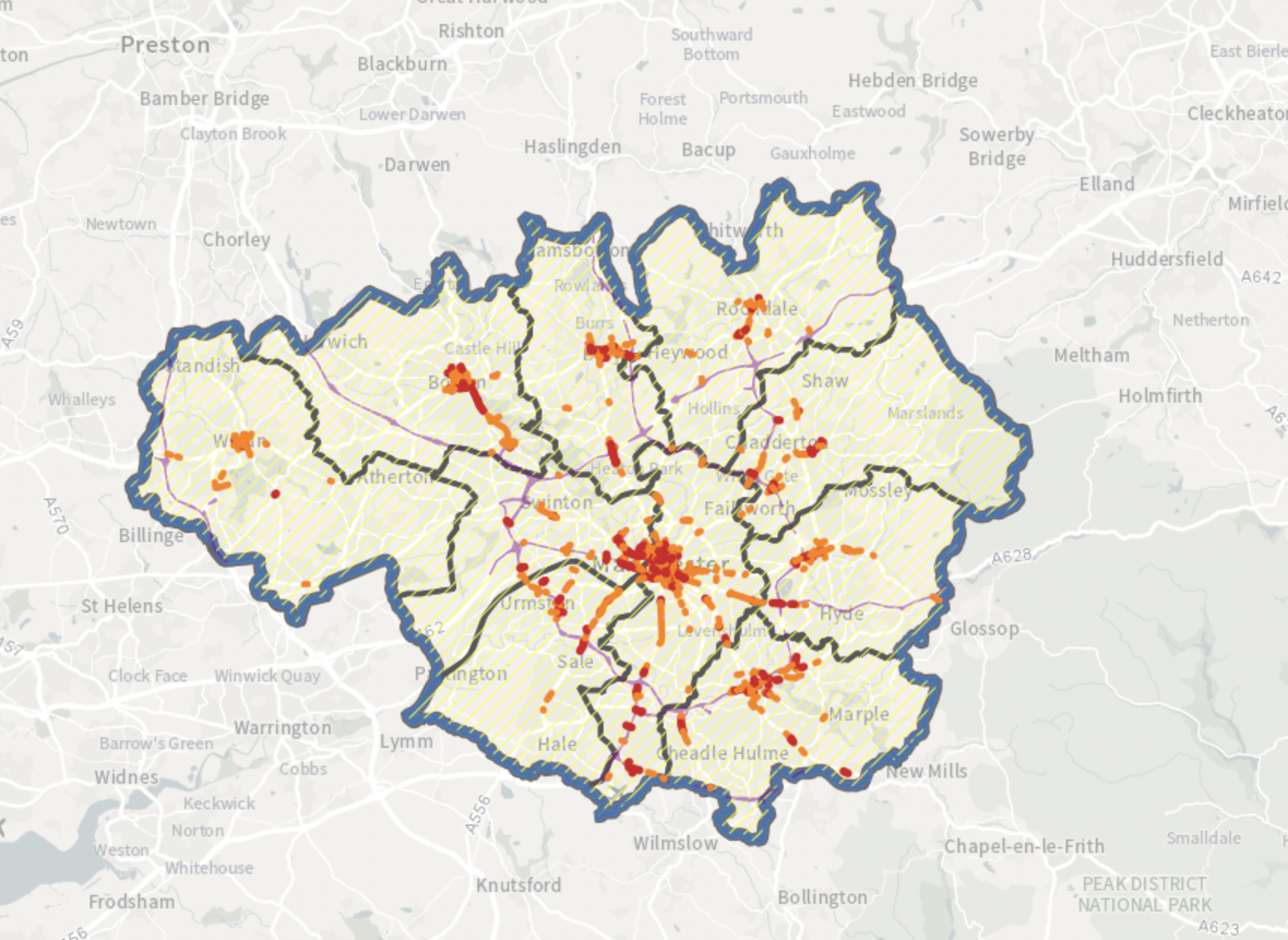 The zone, pictured above, was supposed to come into effect this year but was delayed due to the Covid-19 pandemic and a disagreement between councils and the government over funding.

But GMCA has now received £150m to help businesses and individuals with the transition.

For the first twelve months of the scheme, only buses and heavy goods vehicles will need to pay the daily charge. All other vehicles will not be affected until May 2023.

The scheme is expected to be put into place on May 30th, 2022. Visit the Clean Air GM website for more information. 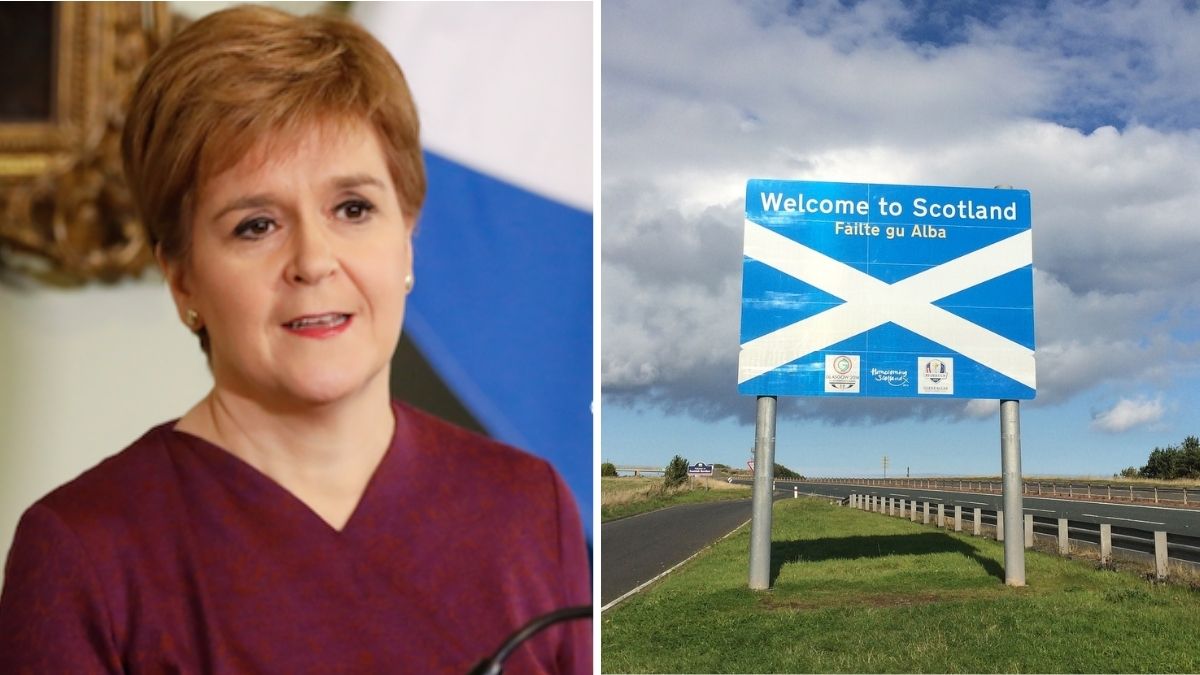 As of today, June 21st, ‘non-essential’ travel to Scotland from Manchester and Salford is prohibited.

Announcing the ban on Friday, June 18th, the Scottish government stressed that their decision was made after ‘careful consideration.’

First Minister Nicola Sturgeon stated: “I realise that for those with family or friends in Manchester or Salford, or anyone who was simply planning a visit, this is disappointing but rates of COVID are particularly high in these cities at the moment.” 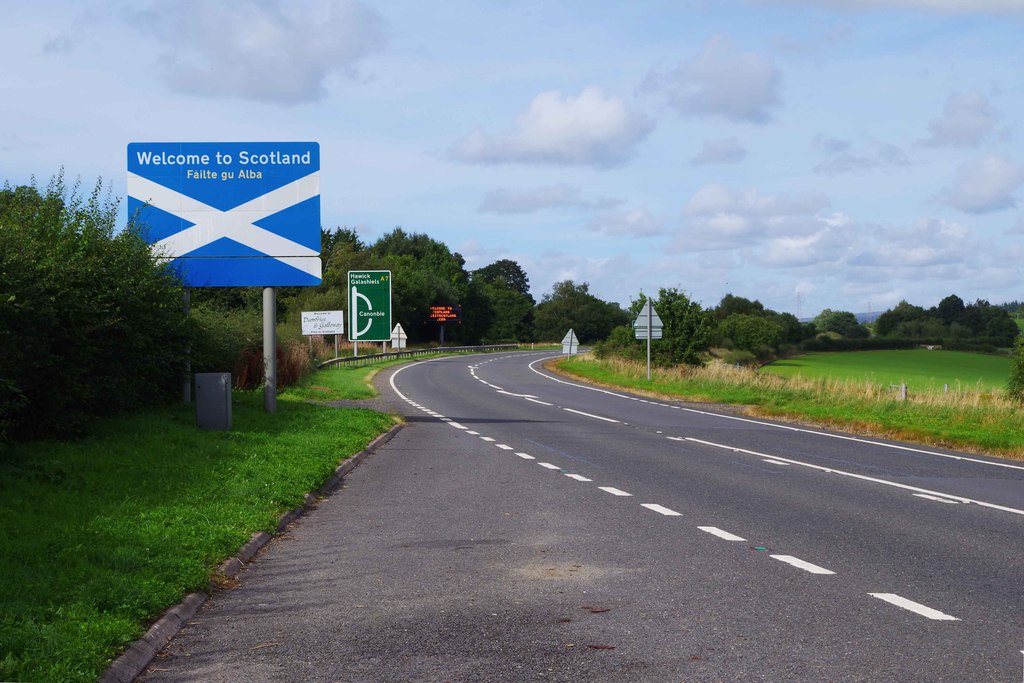 A government spokesman said Scottish rules on travel were ‘kept under active review’ and could ‘sometimes happen at short notice’ after receiving the latest data.

He added that Covid rates in Manchester and Salford were ‘particularly high at the moment and these restrictions are intended to minimise the risk of either exacerbating the situation there or indeed allowing more virus to come back here to Scotland.’

However, the Mayor of Greater Manchester Andy Burnham has expressed his frustration over the decision, confirming he’d written to Sturgeon to seek ‘compensation for the individuals who might lose holidays and the businesses who might lose bookings.’

Speaking on BBC News yesterday, Burnham slammed the decision as ‘hypocrisy,’ saying: “They’ve done to us exactly what they always complain that the UK government does to Scotland.

“Why should a couple from Salford who are double-jabbed who are about to go on a walking holiday in Scotland not be able to go? It’s completely disproportionate in my view.

“We could have come up with a different arrangement if the First Minister had been in touch with us.”

44,000 mobile phone contacts were found on the man’s devices 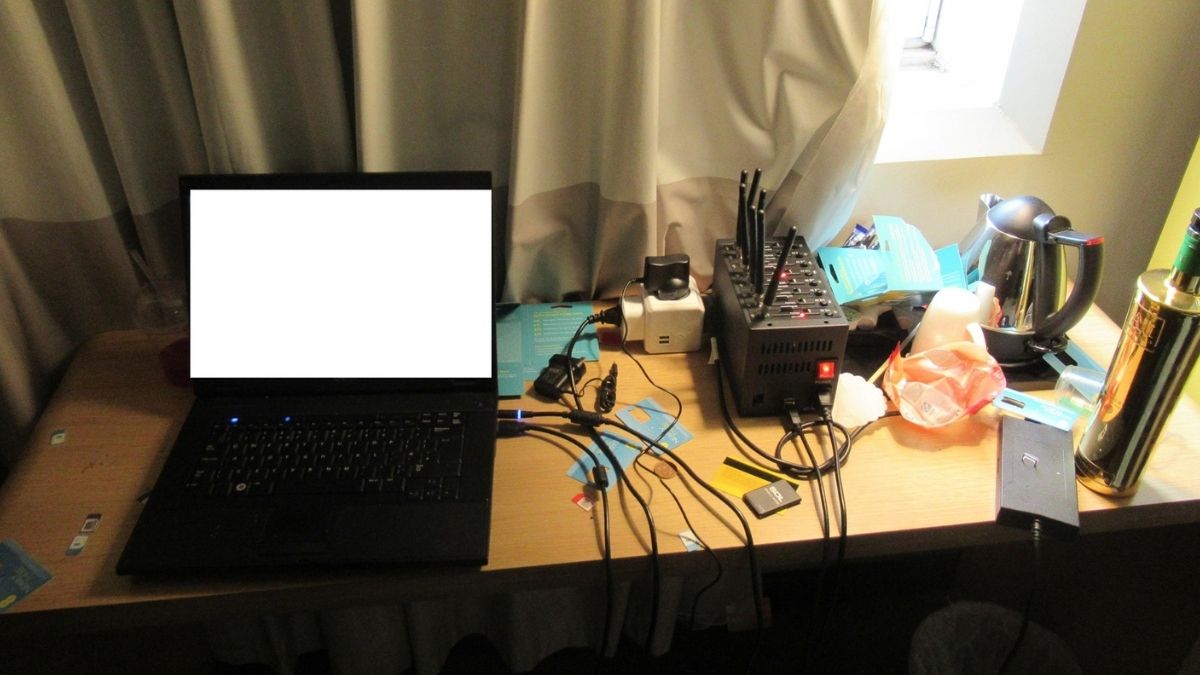 A man suspected of sending over 26,000 fraudulent text messages was arrested by police officers yesterday afternoon.

The twenty-one year old, who has not yet been named, was found by officers in a hotel down Charles Street in the city centre, at around 3pm. Equipment used as part of a text message scam to defraud people – known as phishing – was also found in his hotel room.

The man was subsequently arrested at the scene. 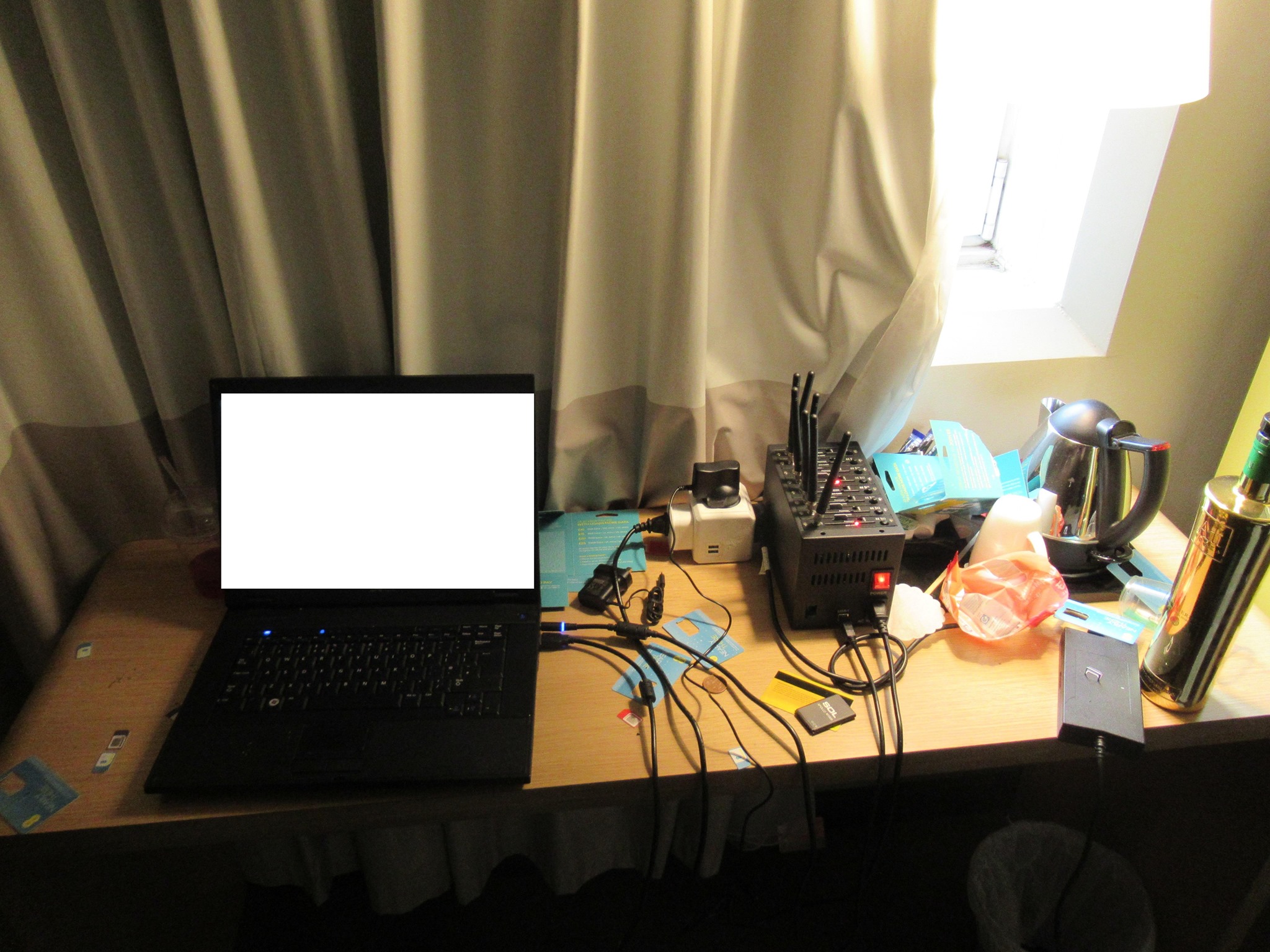 Detectives from the City of Manchester Central division and Cybercrime Team seized the electronic equipment and his car as a part of their enquiries.

It is estimated that yesterday alone, around 26,000 text messages had already been sent from the devices, all claiming to be from Hermes asking for bank details after a missed delivery.

A total of 44,000 mobile phone contacts are also believed to have been stored on the devices.

Detective Inspector Mark Astbury, of GMP’s City of Manchester Central division, said: “What we have uncovered here are potentially the components of a highly sophisticated and authentic scam that I know many people not just in Greater Manchester but across the country have been potential victims of in recent weeks and months. 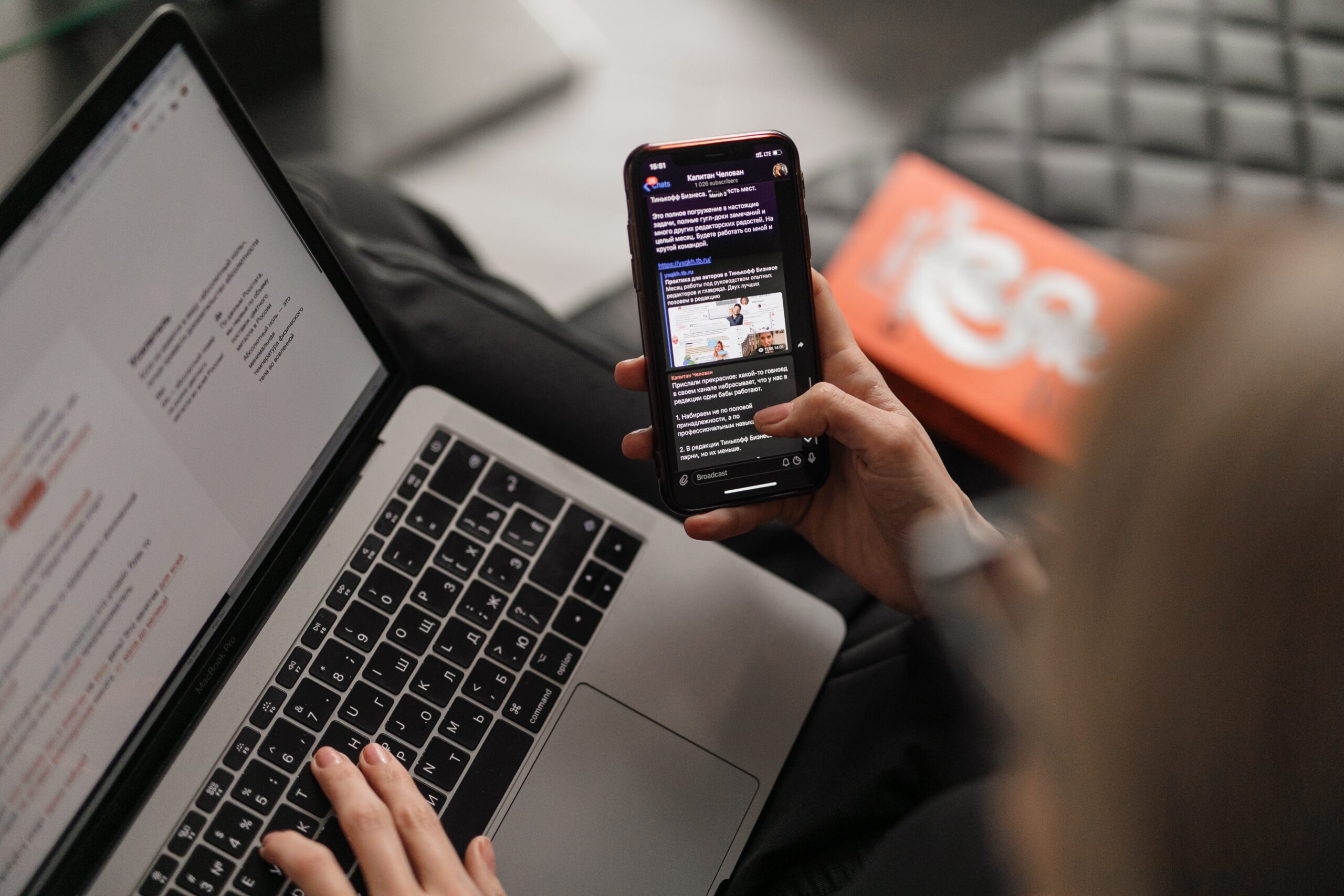 “We have a man in custody and various items of potential evidence that we have seized and this is due to the initiative of the hotel staff, who acted on their suspicions, and the subsequent response from our neighbourhood officers in the city centre.

“These are the very early stages of what promises to be a complex and dynamic investigation, and I would like to take the opportunity to remind the public to ensure they keep remaining alert to the daily risks that unscrupulous cyber criminals pose to them by sending these fraudulent messages.”

GMP advise that anyone believing to be affected by this scam, any other phishing attempts or for more information, they can get in touch here.